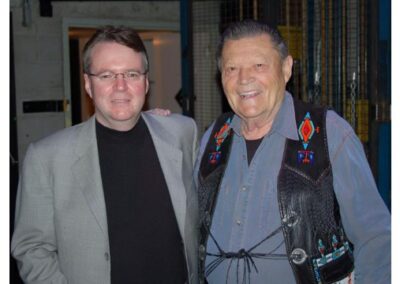 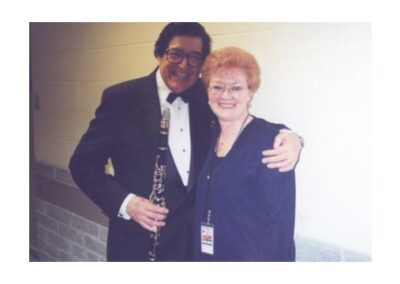 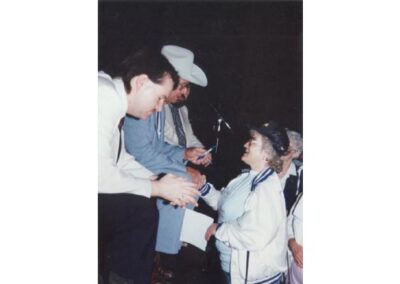 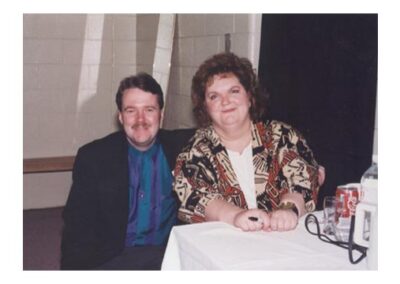 Company President Brian Edwards poses with Rita MacNeil on one of their very first concert tours. 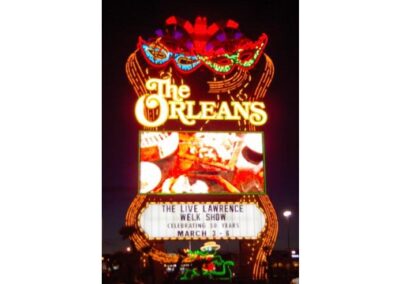 The 2005 version of the “Live” Lawrence Welk Show opened to numerous standing ovations each night at the Orleans Casino in Las Vegas. 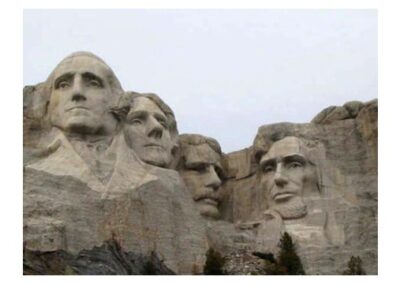 During the Spring 2005 tour with The “Live” Lawrence Welk Show members of the cast and crew took a few spare moments to visit the National Memorial at Mount Rushmore in South Dakota. 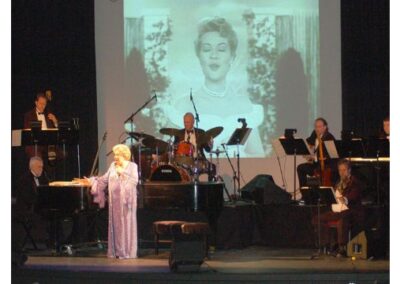 What a thrill it was to bring the legendary Patti Page to audiences across Canada. 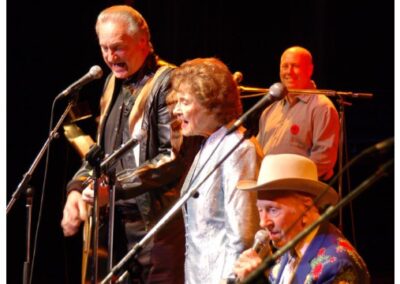 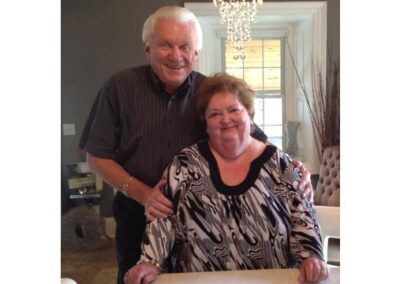 Tommy Hunter paid a surprise visit to a good friend when he dropped in on Rita MacNeil, who was in the middle of a three week performance run at the Walters Family Dinner Theatre. 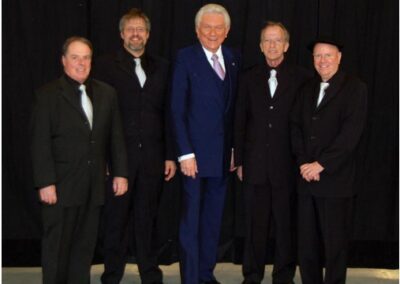 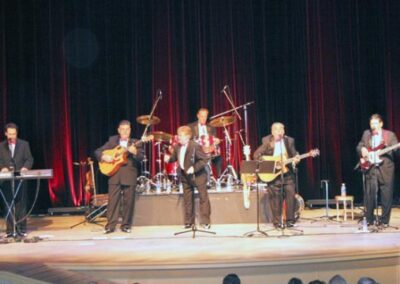 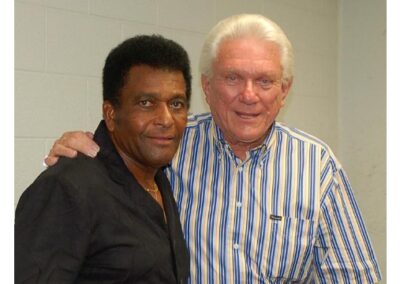 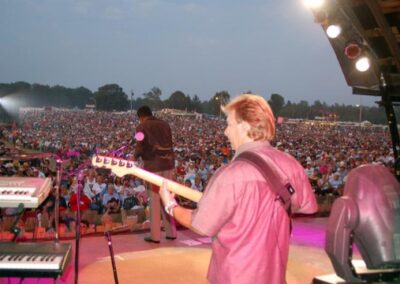 View from the back of the stage as Charley Pride performs at the Havelock Jamboree. Look at that crowd! It would appear that people still like good traditional country music! 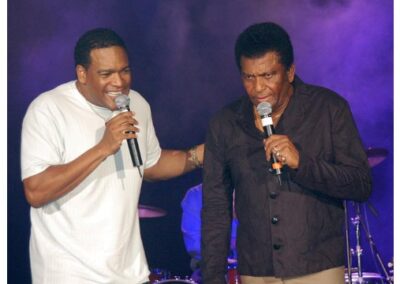 A Father and Son Duet! Charley and son Dion Pride sing together in Edmonton. 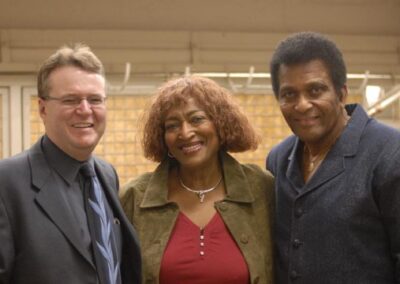 Brian Edwards, company President, greets Charley Pride and his wife Rozene upon their arrival back in Canada for another series of concert dates. 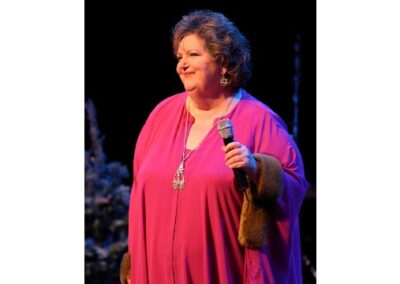 There was no better way to get into the Christmas spirit than with a Rita MacNeil Christmas Show. 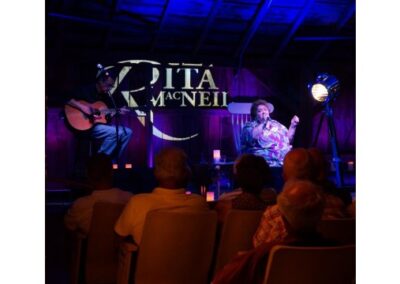 Rita MacNeil appears in the summer of 2012 for three weeks of sold out shows at the Walters Family Dinner Theatre in Bright Ontario. 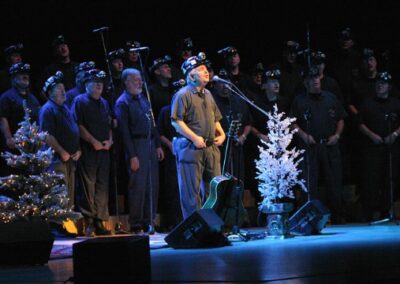 “The Men of the Deeps” on Rita MacNeil’s Christmas Tour. 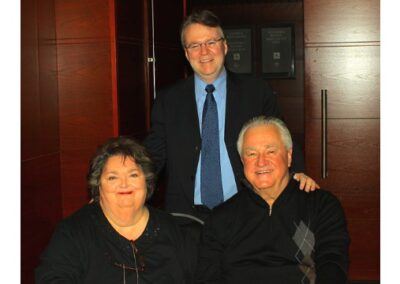 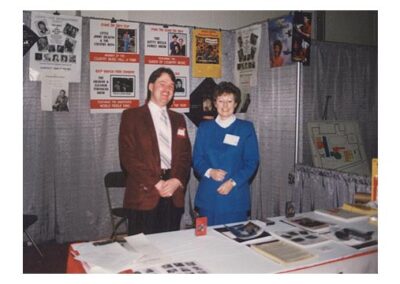 Brian Edwards and Janet Williams meet Fair talent buyers during the Trade Show at the Convention of the International Association of Fairs and Exhibitions in Las Vegas During the 1980’s. 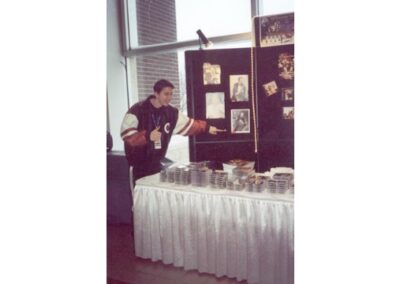 Lawrence Welk Show Accordion player Tim Padilla FINALLY spots his picture on the Rocklands display board. It may only be one inch high, but he’s pleased to show his mom that his picture WAS there!!! 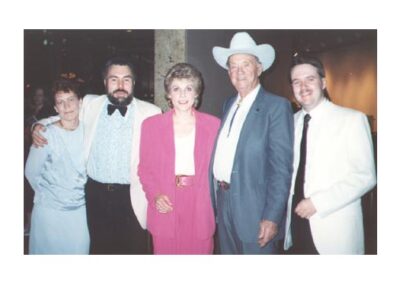 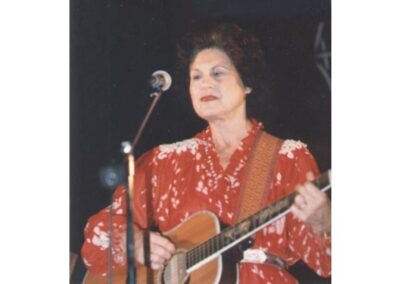